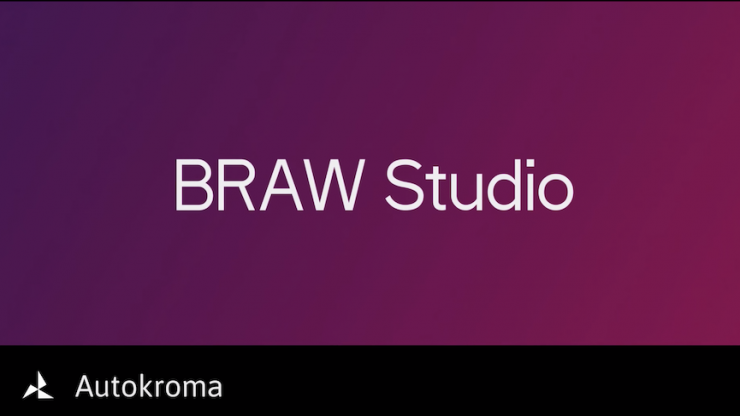 Customize your RAW Parameters like in Premiere Pro (10 Global Presets, Custom A/B etc.) and see the result in live inside your After Effects composition Download free trial and purchase a license here

Shooting in BRAW meant you had to stick to a DaVinci Resolve workflow but not anymore. Autokroma stepped up to the plate early, with a plugin for Premiere Pro, and now has BRAW Studio for After Effects to make working with BRAW files inside AE possible. BMD at NAB 2019 released a native plugin for Premiere Pro and Avid.

The AE Importer will decode your footage using the “Camera Metadata” Parameters that were available at the first import of this file through the After Effects session: if there is a .sidecar file next to the .braw file, the importer will decode the footage using the Sidecar values (but if the Sidecar is added next to the file after importing it, you will need to restart After Effects to see the modification applied).

If there is no Sidecar file next to the braw file, then the RAW Parameters inside the .braw file will be used, when shot.

Once you added the BRAW Source in a composition, you can add the BRAW Studio Layer Settings effect (available in the effect list in the “Autokroma” category) on your BRAW Layer. It won’t work and an error will be raised if the layer is not coming from a BRAW Source footage (for example if you precomposed the BRAW Source, then applied the Effect onto that precomposition).

For performance issues, it is not recommended to add 2 Layer Settings effects on the same layer. Also, this effect should be at the top of the list, because any effect before it will be erased: indeed this effect works like a generator (it creates the image, so the image in the input of the effect is not used).

For more information on the BRAW Parameters in the Layer Settings, Check out this post about Source Settings. our article “Introduction of BRAW Studio”

Note: The BRAW Studio Presets are global and accessible whether you are in the Source Settings or Layer Settings, in both Premiere Pro and After Effects. They’re all the same and it is a good way to copy RAW Parameters from Premiere Pro to After Effects or vice-versa.

To learn more about the new BRAW After Effects plugin go to Autokroma’s website.