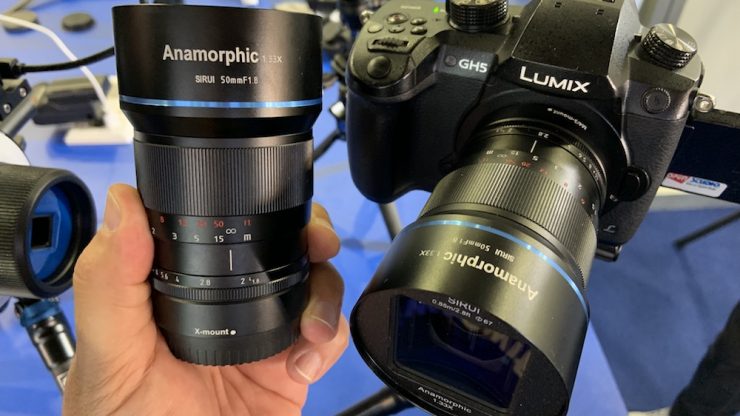 Sirui has announced an APS-C Anamorphic 50mm f1.8 1.33x lens. Sirui is best known for making monopods and tripods, but they have now decided to enter into the lens market.

The small and light lenses will be available with an X-Mount for Fujifilm, E-Mount, and Micro Four Thirds.

The optics are manufactured by Sirui in a new facility they built a few years ago. It has taken two years to develop and manufacture the first 50mm model. Sirui has plans to make a wide and telephoto version as well. Actual focal lengths are not set as of yet, however, a 24mm or 85mm is probably the ones they will go for.

The build quality feels relatively good and was surprised by the low breathing the 50mm Anamorphic had. I didn’t have a lot of time to play with the lens but the sample footage provided looks promissing

Affordable and Anamorphic are not usually mentioned in a sentence however the Sirui 50mm Anamorphic is retailing for approximately €700 or $771.64 US. This is a very low price and will give Sony, Fujifilm and Panasonic users an incredibly affordable entry into shooting anamorphic. The new lens will be available in January 2020.