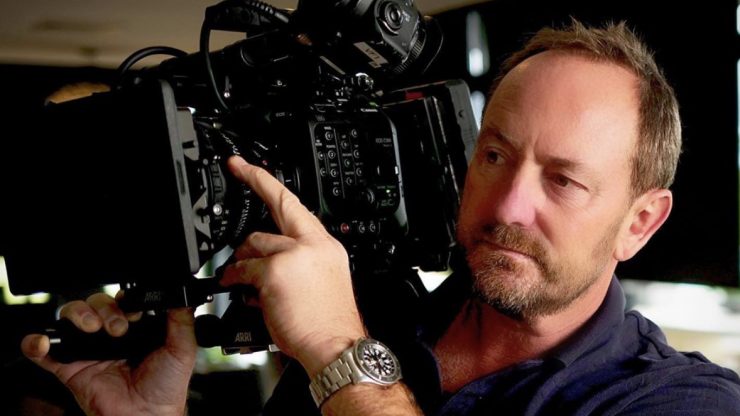 We are still trying to get hold of a Canon C500 Mark II for review, but so far we are having no luck. In the meantime, I sat down with Andy Taylor ACS who got to road test a C500 Mark II well before it’s release. He is also a C500 Mark II owner.

What was your original reaction to Canon’s C500 Mark II announcement?

The Canon C500 Mark II is very exciting, the moment I heard about the new camera I ordered one! I’ve owned the C700FF for 3 years now and I love it, so this smaller, lighter, cheaper camera with more features – including a stabilized full-frame sensor and RAW light ticked every box for me.

As a C700 FF owner, were you worried that the C500 Mark II will now devalue your investment?

I think it has definitely devalued my C700FF, however, it’s still a perfectly good full-frame 4K camera. The images match really well, so I’m happy to either keep it as a 2nd camera or perhaps sell it and go with the new 1Dx Mark III as my B-camera. Technology becomes redundant so quickly these days, so you have to factor that in when purchasing gear. Lenses and tripods seem to be the only worthwhile investment.

Yes, that is fairly accurate, the C500 Mark II is very similar to the C700FF but in a small body only 10mm longer than the C200. I Have a C200 which is really compact and versatile, which makes it great for corporates and broadcast shoots. I mainly use it with my 17-120mm cine servo-zoom lens and second EVF-V70 viewfinder. However, it is only 8-bit and has no timecode, so not ideal as a B-camera to the C700FF or C500 Mark II.

What was your first impression of the camera?

I love that it is compact and reasonably lightweight, and the modular design is fantastic. It is very good value for money considering it is true 4K and has a full-frame sensor. Compared to my C700FF the most impressive feature is the five-axis image stabilization, it is amazing! I’ve been testing it with the 50mm cine-prime and hooting handheld is rock steady. It really does look like it was shot on a tripod.

How was the camera to use?

I find it super easy to use. The menus are straight forward and the buttons, dial, and switches are conveniently located. The ergonomics and balance of the camera are great for handheld work. I normally shoot with Canon cine-primes and the EVF-V70 viewfinder. I have ARRI PCA accessories and a Wooden Camera v-lock adaptor to power the camera and my audio link.

What do you see as the camera’s strengths?

What are its weaknesses?

What impressed you the most about the C500 Mark II?

The whole thing is impressive! It’s a compact unit packed with features and very good value for money if you ask me.

Are you happy with the form factor of the camera?

I’m super happy with the way I have mine configured for hand-held work, it is comfortable and easy to operate.

Is there anything you think Canon could have done better when it comes to form factor or functionality?

I think an adaptor that would allow you to mount the small EVF-V50 (rear v/f) on the side of the camera instead would have been nice.

Also, perhaps a 2nd Video output connector, so you could use the EVF and LCD screen at the same time. I would have also liked a protective cover for the LCD screen.

What do you think of the image quality when comparing it against the C200 and C700 FF?

I’ve done a few shoots with both the C700FF and C500 Mark II. The images from both in 4K Clog3 are the same to me, however, the stabilized sensor is a real improvement. The full-frame sensor is so impressive compared to the S35 sensor on the C200, there is no comparison.

The C500 Mark II would be a massive step for anyone using any camera with a Super 35 sensor, especially if they already have EF or PL glass.

This camera could shoot anything from feature films and documentaries for Netflix to TV News using an ENG lens with the optional B4 to EF adaptor.

All images copyright of Andy Taylor ACS. Do not re-use or republish without written consent. Andy is a Canon Ambassador, but these are his own views and thoughts.