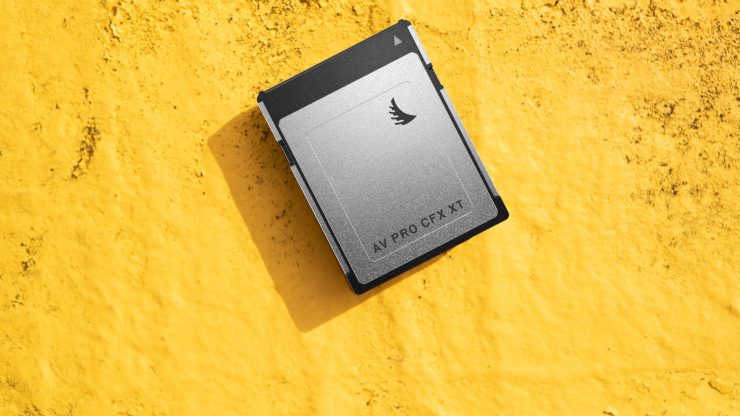 Angelbird Technologies, announces the addition of CFexpress Type B memory cards to their high-performance lineup of AV PRO media solutions. With the release of the Canon C500 that also uses the new media cards and others sure to come will need these cards.

the need for quick adoption of advanced digital video production standards is being driven by high-profile international broadcasting as well as an increased need for industrial data processing and performance requirements. CFexpress memory media meets the high-speed demands for 6k, 8k and beyond acquisition with media that can write data at a minimum of 400 MB/sec.

CFexpress Type B also mirrors the XQD form factor allowing cameras that currently utilize XQD to now also accept CFexpress with a firmware update. But different from XQD, is that the CFexpress adopts the PCIe® Gen 3 interface standards promoted by the CompactFlash Association.

One additional advantage of CFexpress media, is that it offers longevity. CFexpress technology will remain relevant for years to come since it can already support the speeds required to capture 8k recording resolution even though 8k camera technology is still in development.

The AV PRO CFX is best suited for production work that requires a minimum guaranteed write speed of 550 MB/s, a recording speed still well above the current XQD-400 standard of 400 MB/sec, with capacities of up to 1 TB. Creative professionals working at the leading edge of digital production will find that the CFexpress memory card is the ideal media for content production that demands 4k and 6k+ resolution.

The reading and processing of data captured on CFexpress cards will require a capable CFexpress reader that can also efficiently transfer large data files for post-production work. Angelbird will also release a CFEXPRESS CARD READERwhich performs at speeds in tandem with the AV PRO CFX and AV PRO CFXXTcards and modularly stacks with Angelbird’s CFast 2.0 and SD card readers.

The CFexpress Card Reader includes Type-C to Type-C cable (50 cm, 19.7 in) and active USB-A to USB-C adapter, along with non-slip rubber pads for added stability during operation and Velcro binding for easy portability. The recessed Solid Connect™ (USB 3.1 Gen 2, 10 Gb/s) connection port helps to provide a secure connection point and minimize wear and tear. Through customer feedback, Anglebird has implemented a “Write Protect” function into all of our card readers. By enabling this switch, the user can feel secure to not delete or erase anything by mistake. This feature is supported for Mac, Windows, Linux, and Android.

Pricing and availability has not been released. To learn more about Angelbird Technologies visit them at Angelbird.com