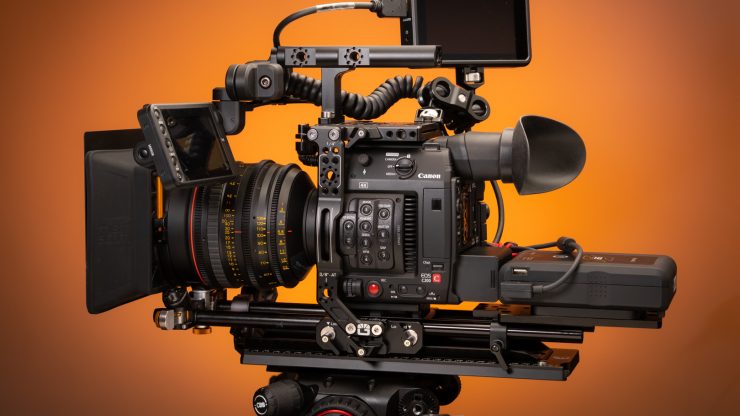 Here are the new prices:

I wouldn’t read too much into this

The natural assumption every time a camera gets a price drop is that there must be a replacement model coming. I don’t think that is necessarily true in this case.

While the C300 Mark II is probably due for a replacement, the C200 hasn’t been around for that long. It is highly unlikely Canon will be bringing out a C200 Mark II anytime soon.

If and when a C300 Mark III appears it will face very stiff competition. The current C300 Mark II which has already seen numerous price drops over the last few years still seems overpriced compared to its competition. In my opinion, the recent price drop of the Panasonic Varicam LT makes it a much more compelling option than a C300 Mark II. The Panasonic EVA-1, Blackmagic URSA Mini G2, and Sony FS7 Mark II are all cheaper than the C300 Mark II. The emergence of companies such as Z-Cam and Kinefinity is also putting increasing pressure on the major manufacturers.

Canon is now caught between a rock and a hard place. The C300 Mark III would have to be priced around the $8-10K range to compete against other available options on the market. Canon can’t give it the same features as the much more costly C700, so it will be interesting to see just what they do with the C300 Mark III.

I did an extensive review of the C200 not long after it was announced.

There’s a lot to like about the C200. It’s small, compact, versatile, has built-in ND, good onboard audio recording, Canon’s fantastic Dual Pixel Auto Focus, 120fps recording without cropping the sensor, and the ability to record RAW internally.

While all these features are great, the C200 is a bit of a strange beast. At one end of the spectrum, you can record internally in either UHD or HD in 4:2:0 8-bit at 35Mbps or 150Mbps respectively, to relatively affordable SD media. Your only other choice is to jump straight up to recording in Canon’s new Cinema RAW Light format in 4KDCI to CFast2.0 cards at data rates of 1Gbps. Both these options are great, but the problem for me is there is no middle ground. The majority of camera owners want to record to a 4:2:2 10-bit codec. I still would have preferred to have seen the C200 with better internal recording codecs, even at the expense of internal RAW recording.

In saying all of this, from testing the camera I found that the 4:2:0 8-bit MP4 files were more than up to the task. Canon seems to do 4:2:0 8-bit better than just about anyone else.

The problem is that the C200 still does not have an edit-friendly internal codec that meets the standards imposed by a lot of broadcasters and production houses. The only way to achieve this is to use an external recorder or convert the Cinema RAW Light files into another format for delivery.

For me personally, the C200B is a very intriguing option as a “B” camera or as a camera you can use on one of the larger single handed gimbals. With its excellent autofocus and compact size I could see myself using it in this capacity.

What you have to remember with the C200B is that for your $4999 USD you are only getting the camera body. You don’t get an LCD monitor, top handle, microphone holder, or an EVF. In saying that, you could just attach a relatively cheap external monitor and a lens to get up and running.

What do you think about this price drop? Would it make you reconsider the C200 or C200B? Let us know in the comments section below.